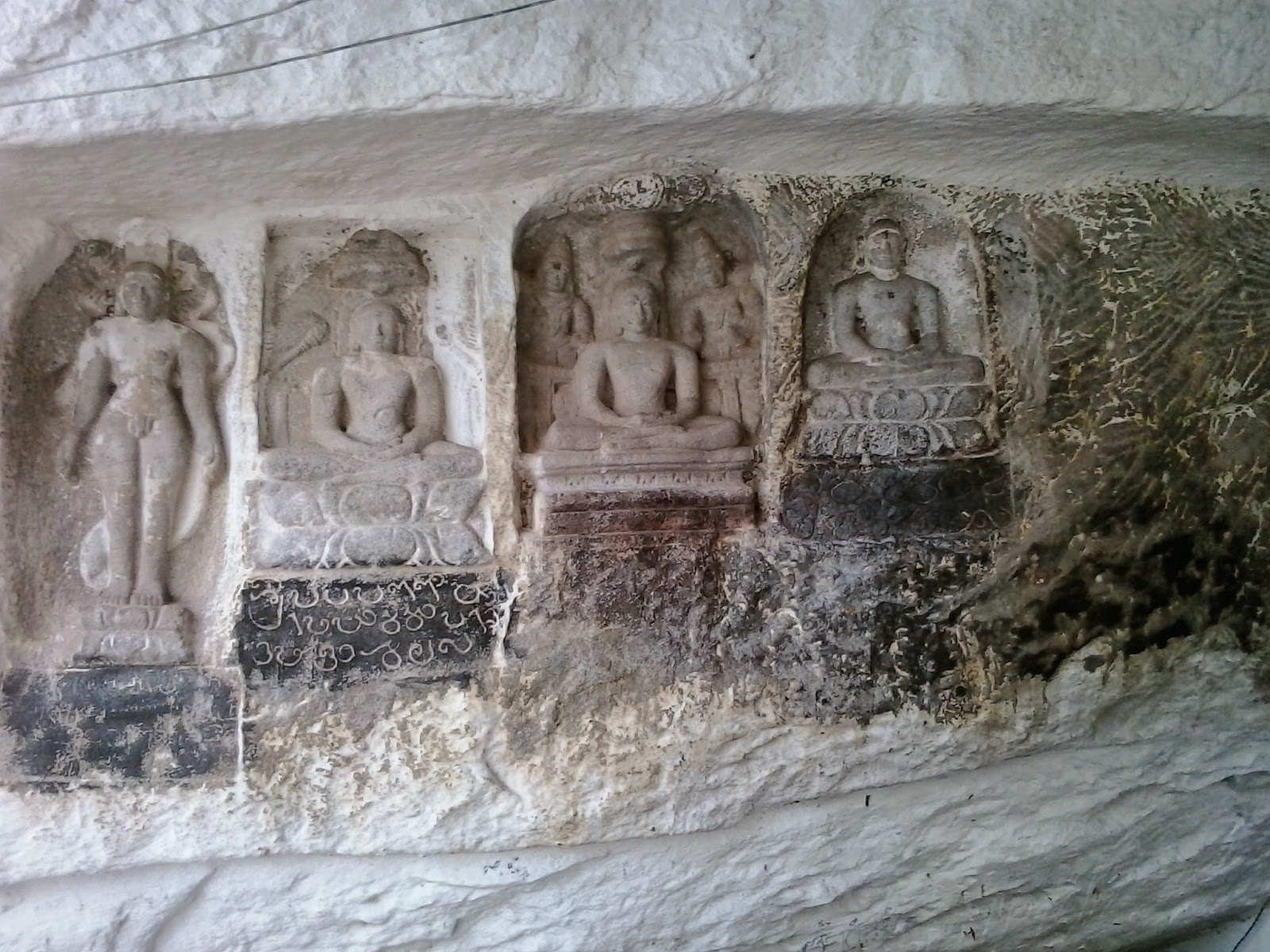 The cave, where once the Jain monks stayed atop the hill Aivar Malai near Palani, is now a shelter for bats, snakes and other venomous reptiles. As few people dare to enter the cave, it is difficult, even to the locals, to say definitely where the path inside the cave leads to. However, the bas-reliefs of the Tirtankaras and the stone inscriptions found on the face of the cave throw light on the popularity of Jain culture in the Kongu region around 12 centuries ago.

Despite the hill being called ‘Aivar Malai’ it is a corruption of ‘Ayirai Malai’ as this was how it is mentioned in Pathitru Paththu, a compilation of poems sung on Chera kings of the Sangam period. Moreover, a stone inscription found on the mountain also mentions the hill as ‘Ayirai Malai’

While praising the Chera king Palyaanai Chelkezhu Kuttuvan, Sangam age Tamil poet Paalai Gauthamanar, admires him as ‘The monarch of Ayirai Hill’ and informs that the king also worshipped Ayirai, the female deity, after whom the hill was named.  The Tamil lexicon of the University of Madras also informs that Ayirai Malai is the name of a hill in the Chera country, nine miles west of Palani, now called Aivar-malai 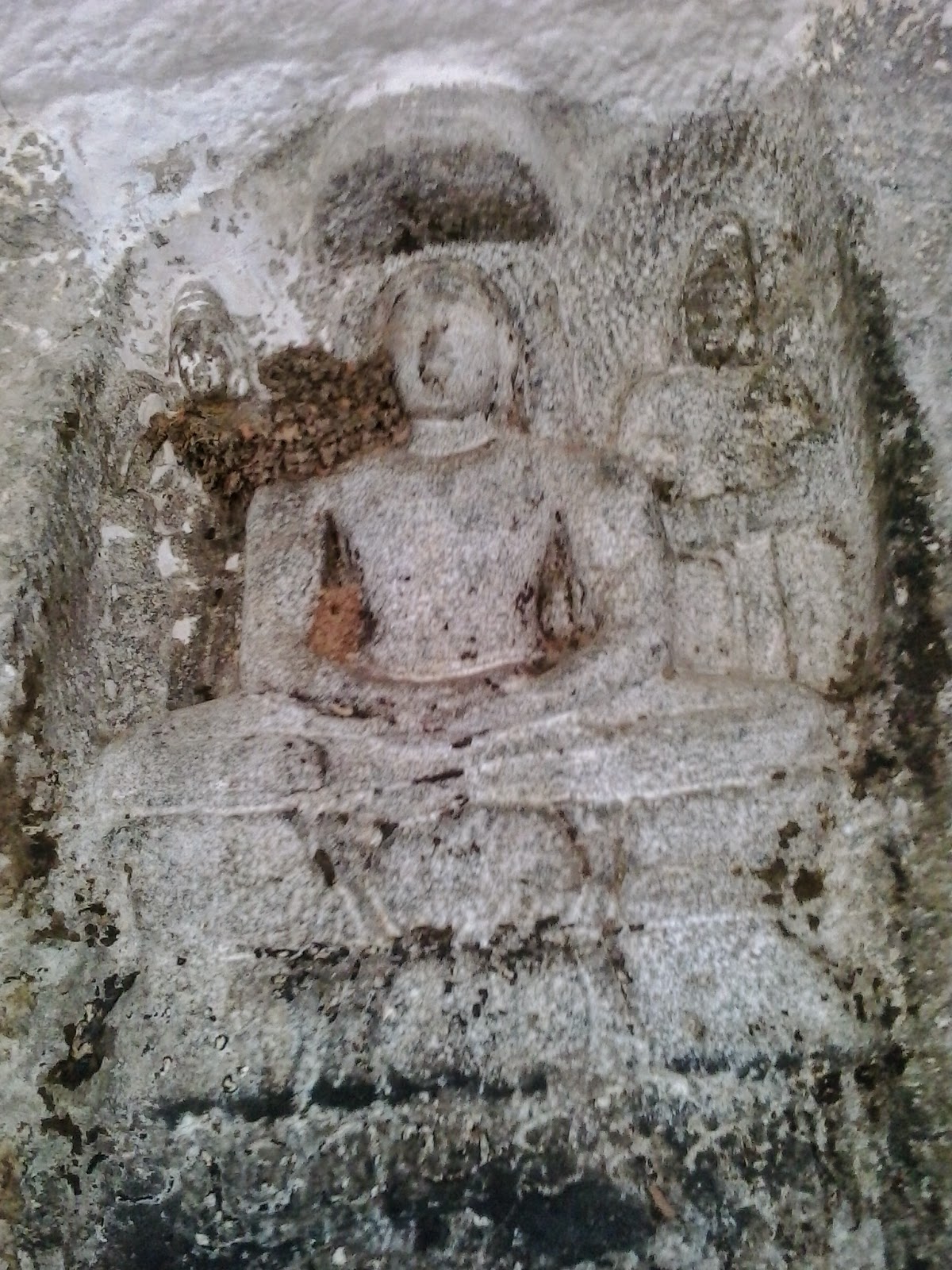 Though the hill contains the bas-reliefs of as many as 16 Tirtankaras, locals call them as Yudhisthira, Bhima, Arjuna, Nakula and Sahadeva - the Pancha Pandavas or the five sons in Mahabharatha! They also say that the hill was named as ‘Aivar Malai’ since it was once a hideout for the ‘five’ Pandavas!

But, the stone inscriptions in ancient Tamil Vattezhuththu found below the bas-reliefs call the Tirtankaras as ‘Ayirai Malai Thevars’. With the Tamil expression ‘Palli’ itself meaning a Jain school, the mention of certain places as ‘Sri Vadapalli’ and ‘Sri Ayyapalli’ throws light on the existence of Jain schools around the hill. Moreover, the inscriptions have also recorded the names of certain Jain school students who made the bas-reliefs. Interestingly, the mention of a female Jain school student as ‘Avvananthi Kurathiyaar’ and her woman teacher as ‘Pattini Kurathiyaar’ throws light on the excellence of Jain Tamil women in education.

Emerging against the Vedic religion’s barbaric practices of sacrificing animals in Yagnas and discriminating people based on birth, Jainism became popular in the country including the Kongu region. But, unable to bear its fame, Shaivism, a Hindu sect, shrouded the Jain history in its Puranas and incorporated even the Jain Tirtankaras as Hindu deities.

Similarly, it was easy for Hinduism to associate Ayirai Malai with Pancha Pandavas by cleverly using the place name’s corruption from ‘Ayirai Malai’ to ‘Aivar Malai’ Perhaps, in future it may even be called as ‘Ayyar Malai’ after a new tale that Brahmins  meditated on the hill !

Link to my article in The New Indian Express: http://epaper.newindianexpress.com/c/4188243

Posted by B.Meenakshi Sundaram at 17:57