In a chat with sex woker Nalini Jameela for The New Indian Express, I discovered how she unmasked the cruel faces of men.Her book " An autobiography of a sex worker" brings to light... the dark and ugly world of men. 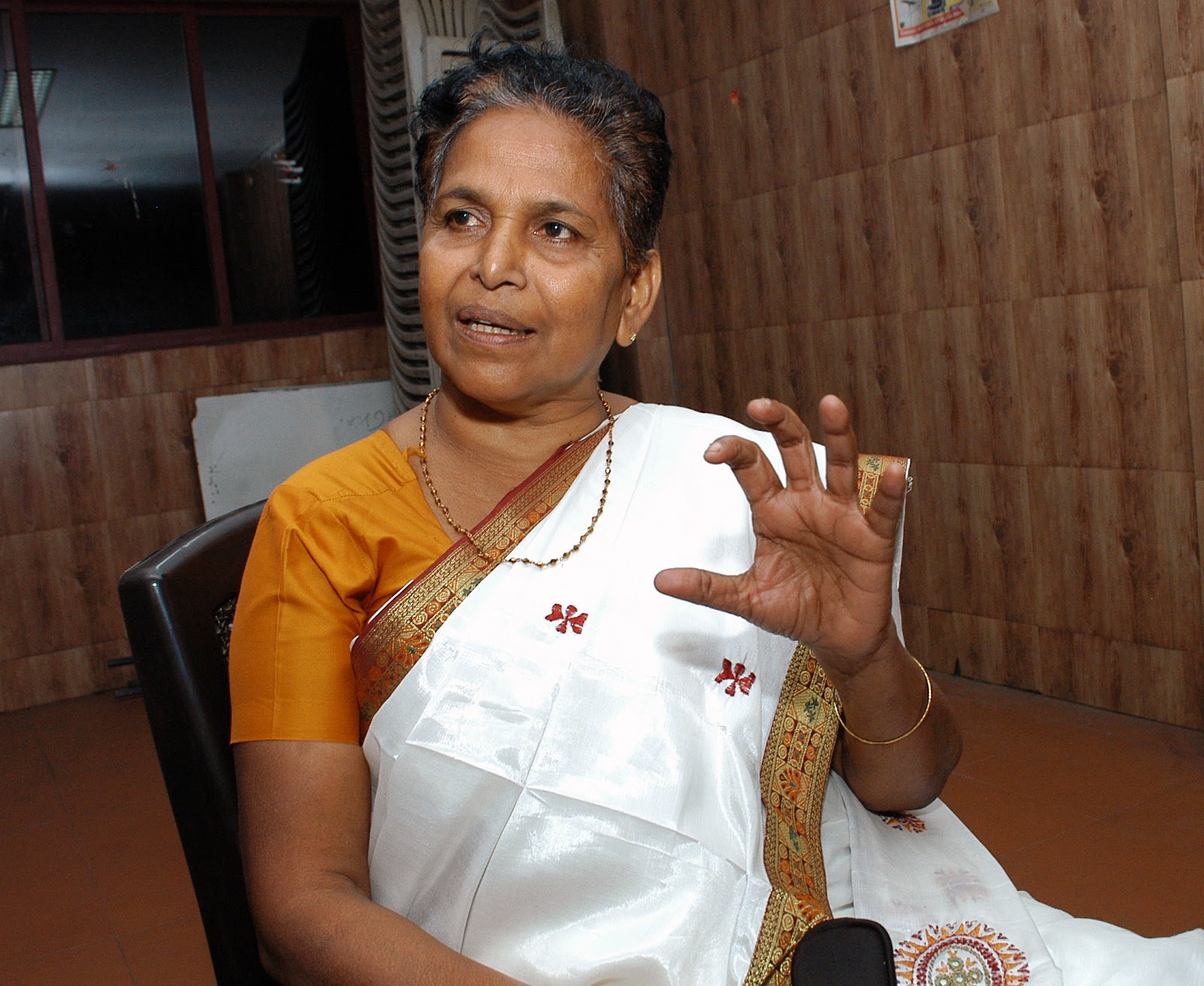 What is the masculine gender for the Tamil word ‘Vidhavai or Kaimpen” which denotes a woman, whose husband is dead?

A woman, who is forced to be a sex worker, is contemptuously mentioned as ‘Vibachari or prostitute’ but, how to call the man, who indulges in sex with her? A married woman is easily identified with her wearing of mangal sutra (solemnizing chain) and metti (Toe ring) But how to identify a man whether he is married or not?

Writer Nalini Jameela discovered why such questions were unanswerable only after she was forced to be a sex worker. But being an exceptional woman of great courage, she is
still tracing the answers for these questions.

As Jameela experienced the bondage within her family when her tyrannical father, who claimed himself as a ‘communist’ and a ‘follower’ of Sri Narayana Guru, but often beat his wife brutally, Jameela could not continue her studies after III standard and was forced to work in a clay mine at the age of nine.

Thrown out of the house by her father when she was 18 years old, Jameela got married and gave birth to two children. However, after her husband died, she was forced to be a sex worker to earn a living with her two children and mother-in-law. However, with an object that sex workers too should be recognized in the society, Jameela joined an organization, which championed the rights of sex workers and penned her autobiography in her mother tongue Malayalam as Njan Laingika Thozhilaali (I am a sex worker) which has been translated into numerous languages.

“My becoming a sex worker was something accidental in my life. However, I am not ashamed to call myself so. Because, had I not been a sex worker, I could not have understood the world of men, their pretence and their dominance on women” says the 60 year old author, who was in the city recently to address in a symposium organized by Aruna Aranilai on the title “Pen Ean Adimayanal “(Why did woman become a slave?)

Answering to a question on why girls are deprived of their rights to express what they think as equally as boys, Jameela says:

“In fact, the rights are always with them. But, it’s a great pity that girls themselves are ignorant of it “

Criticizing the above verse in Manudharma Shasthra for its contemptible attitude on women, Jameela pointed out that girls are consigned to a lifetime of servitude within their families, which are dominated by male members like father, husband and son.

Recalling an incident in her life where one of her clients filled a glass of wine and offered her saying that he had never served even his wife by getting her a tumbler of water, Jameela took a pot shot on him:

“And that’s why you are forced to approach a sex worker. Your wife should have loved you so much, if you had treated her with equality, respecting her likes and dislikes”