From Palmyra Tree to Tamil Eezham 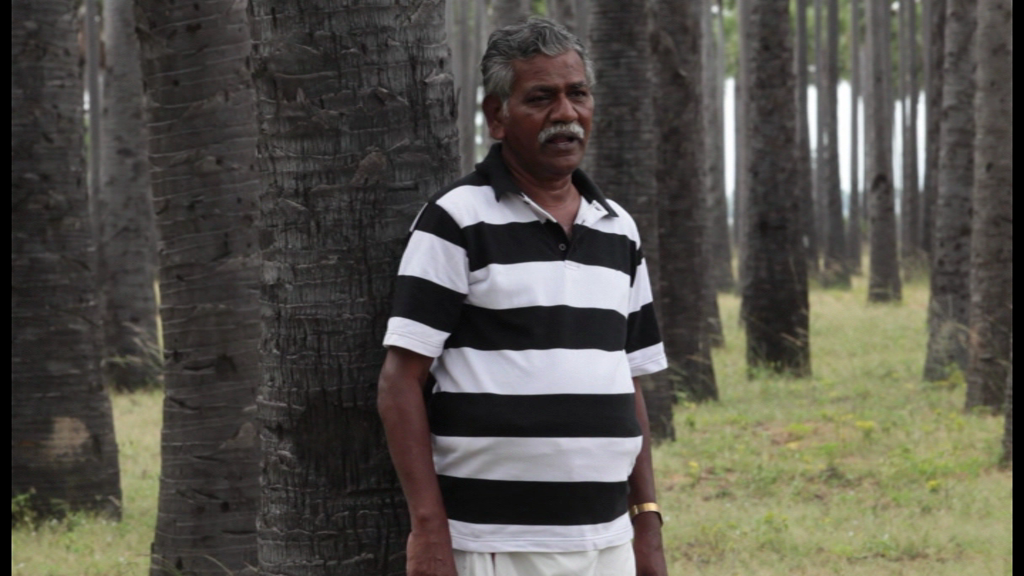 Anthropologist, Iconographist, Historian and Well known writer Tho. Pa alias Tho. Paramasivan is a versatile scholar and a follower of Rationalist and founder of the Self respect movement Periyar E V R, Tho. Pa. says that it should be the duty of an atheist to bring to light the history of temples, as they are great power centres and were invaded by one religion from the other.

While many believe that God is immortal, according to Tho Paramasivan, a well-known writer, anthropologist and historian, Gods in plenty ‘were born and they died at last’ in the long course of human history.

Man believed that God only is immortal after his fruitless search for human immortality as learnt from the ancient Babylonian epic Gilgamesh and the poems of Sappho, an ancient Greek poetess. Also, human immortality (in case there is one so), according to ‘Tithonus’ an English poem, by Lord Tennyson, is nothing more than cruelty, as  the poem says that man, being a living object, has to decay and finally seek the liberty from the painful life through death.
But Paramasivan conceptualises the ‘mortal character’ of even Gods, because, as a rationalist and follower of Periyar E V Ramasamy, he believes that man was not created by God, but Gods were created by him.
Paramasivan, in his plenty of writings on the cultural anthropology of Tamil Nadu, has distinguished the worship of what he describes as the “corporate” religious Gods like Shiva, Vishnu and many more from that of different folk deities like Kalan, Sudalaimaadan, Pothiraja, Isakkiyamman and Annanmar of Tamil Nadu.
“Rather than the common worship of Shiva, Thirumal and Ganesha, only the worships of different folk deities at different places reflect the plural character of culture in Tamil Nadu. Moreover, the respective folk deities, who are worshipped by different clans and castes, are rich in their respective regional cultures,” adds Paramasivan, who is a former professor of Tamilology at Manonmaniam Sundaranar University, Tirunelveli.
In Verum Vizhudhum, a documentary screened on Paramasivan in the city on Monday, the 63 year old writer says that his unlettered mother was all his inspiration, as she had narrated him a plenty of tales and provided him much information on indigenous medicine and methods of cultivating crops in traditional agriculture.
“Tho. Pa’s pursuit of knowledge through history, anthropology, archeology and literature is wide and accurate. His observations for history even from a trivial thing would put anyone in surprise” avers A P Mani, who made the documentary on the scholar.
Pointing at the plenty of Palmyra trees in a shot in the documentary, Tho. Pa informs the history of planting thousands of Palmyra trees in Tirunelveli by the Chera king Boodhala Veera Udhayamarthandan, after he conquered the banks of river Tamiraparani in 16th century. Also, Tho. Pa interestingly explains that the Eezhava community in Kerala got their name so, after getting identified with their occupation of climbing the Palmyra tree, whose name is rightly called Eezham in Tamil. Further, the historian points out that Eezhavas are the people, who once came and settled in Kerala from Eezham, an ancient land, whose present name is Sri Lanka!

Posted by B.Meenakshi Sundaram at 10:26 No comments:

Discovering a Deity behind the Devil 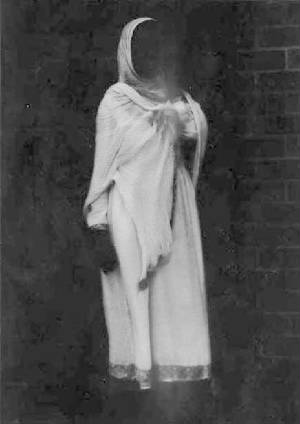 In the present context, you make a derogatory remark by calling a stout person with a large pot belly as ‘Boodham’ in Tamil, since the word connotes a demon or a malignant spirit. But believe it or not, people in the ancient Kongu region worshipped the ‘Boodham’ as their deity by constructing temples to it

Ancient literatures in Tamil have references that the Chera King Elancheral Irumporai got  shrines constructed for Boodhams at Vanji Karuvur, the capital of Kongunadu and regularly conducted festivals for the ‘deities’

The 368th song in Puranauru, sung by the poet Madurai Marudhan Elanaganar, contains a mention of a dance performed by the people of Kongunadu, wearing girdles of small bells on their waists at a festival called ‘ Ulli Vizha’ in Vanji Karuvur, the capital of ancient Kongunadu.

Though the word Boodham, later, lost its meaning to an evil angel or a minor deity, who was worshipped by the people of the lower strata, ancient literatures like Silapathikaram, records that there was a very famous temple for Boodham at a junction connecting four roads in Kaveripoompattinam. After the ‘deity’ in the shrine, the junction came to be called as ‘Boodha Sathukkam’ and the Boodham stood guard to Kaveripoompattinam as the city’s sentinel deity.

The 371st song in Purananuru, composed by poet Kalladanar, says that a ‘female ghost’ by name Peymakal, wearing garlands of intestines, sang a song in praise of the king Pandiyan Thalayalanganaththu Cheruvendra Nedunchezhiyan. Interestingly, her praise was that he should provide the ghost more dead bodies of his enemies as a ‘sumptuous feast’.

Even today, certain section of the people from rural Coimbatore, believe in the existence of Kollivaai Pisasu, an evil spirit, described as  having a wide-opened mouth, inside which, burnt a ball of fire.

The portrayal of ghosts and devils as female ones is said to have originated from men’s ill treatment of women in their earthly life. The people believed that women, who experienced injustice in their lives, would appear as ghosts after their death, and avenge the men who had treated them in cruel and unfair ways.

Link to my article in The New Indian Express
http://epaper.newindianexpress.com/c/1304065

Posted by B.Meenakshi Sundaram at 03:49 No comments:

If the 12 year old boy Thyagarajan had not come across a short story in the literary magazine Kalaimagal and enjoyed reading it, he might not have discovered the Ashokamitran in himself.

“The short story Siddhi, which I read and enjoyed in my school days, did not let me sleep for many days” says the 82 year old modern Tamil writer Ashokamitran, whose real name is Thyagarajan,

Ashokamitran remembers that, as a school boy, he was very much interested only in the story and discovered its author after a period of 15 years!

“He was none but the famed Tamil writer Pudhumaipithan” he avers.

Shouldering family responsibilities after the death of his father, Ashokamitran came to Madras in 1952 from his home town Secundrabadh. As S.S Vasan, founder of the Tamil magazine Ananda Vikatan and Gemini Studios, was a friend of his father, he provided Ashokamitran a job as Public Relations Officer in the studio.

In the beginning, Ashokamitran wrote short stories only in English and got them published in magazines including The Illustrated Weekly of India. Due to his association with the popular Indian English writer R.K Narayan, he was also asked to translate his novel The Guide into Tamil.

“As I was just 31 years old then, I had little confidence in translating R. K. Narayan’s
The Guide. I just attempted translating one or two sentences from the novel and later gave it up” remembers Ashokamitran.

When asked about why he switched over to Tamil literature from being an English writer, the modern writer says:

“Though Tamil literature has wonderful classical pieces, I felt it was lacking the contemporary character. Most Tamil writings of those days were rhetorical and full of exaggerations. Hence I wanted to write something, which should reflect the reality of the contemporary society”

Of his numerous novels and short story collections like Appavin Snekithar, Pathinetaavathu Atchakodu, Manasarovar and Karaintha Nizhalkal, his novel Thaneer discusses not only the acute scarcity of water in Chennai, but with its background, brings to the reader how human relationship survives amidst the people, who are cruel and narrow-minded in the city.

When asked about his early literature friends in Coimbatore, Ashokamitran recalls:

“Marxian literary critic Kovai Gnani used to laud my writings and novelist C.R Ravindran had written many letters to me in those days. Moreover, I remember poet Puviarasu and Dhilipkumar from Coimbatore once jointly edited an English magazine called ‘Word’ and discussed with me the production of one of its issues”

Ashokamitran was in the city recently to receive an award from Kannadasan Ilakkiya Kazhagam.

On a question regarding contemporary Tamil cinema, Asokamitran wonders why most films of these days are filled with violence. Nevertheless, lauding Tamil actor Dhanush, the octogenarian writer says:

“The young guy is doing well in Tamil movies. I enjoyed one of his movies. I think it is… Poda Podi… sorry… Thiruda Thirudi”.

Link to my article in The New Indian Express:

A Travel into the Ancestral Past

Most children of the present day, who cannot overcome their addiction to visual entertainments like watching television and playing video games, hardly know anything about the lives of their grandparents. Nor do the parents of the present day have time to narrate the story of their ancestors to their children. But, here is a 75 year old grandson, who has enjoyed the story of his lawyer grandfather from a voluminous English manuscript, which had been penned by his father.

“The biography of my grandfather Alathoor S Kuppusamy Iyer, who was a famous lawyer in Thiruchirapalli in the 19th century, has been with me in manuscript form for over five decades. My father, K. Ramachandra Avadhani, who was also a lawyer, penned the work from his father’s memoirs and various other sources” says Venkatasubramaniam, a retired bank employee, residing at Kovaipudur in the city.

The hard-bound manuscript with papers turning yellow over time contains matters typed in a conventional type writer and has been awaiting a publisher for several decades.

“When I found the manuscript after the death of my father Avadhani in 1968, I thought of getting it published into a book but to no avail. However, in 1972, the Tamil periodical Kumudham published a few excerpts from the manuscript on the title Thiruchy Courtil 50 Varudam (Fifty years in Trichy court) “points out Venkatasubramaniam.

He says that his father Avadhani’s objective of writing the biography of his father Kuppusamy Iyer was to introduce an accomplished ancestor to his future descendants. However, the manuscript, which crossed past several decades from the demise of Avadhani in 1968, has turned out to be a social document reflecting the culture, education and lifestyle in a yesteryear Trichy.

“It was surprising when I read from my father’s manuscript that my grandpa Kuppusamy Iyer passed a second grade law course and became a lawyer, as just his first class middle school education was eligible to the admission of legal studies” says Venkatasubramaniam.

Nevertheless, the biography has recorded how Kuppusamy Iyer, in his 50 year legal profession, defeated his opponent lawyers by his wit and wisdom in plenty of civil and criminal cases. Known for his present wit and clear interpretation of legal terms, Kuppusamy once inspired the English judge Young, when he was asked to interpret the term ‘Recognition’ during a trial.

“My Lord, I haven’t gone through your appointment order as a judge, nor have you gone through my credentials as a lawyer. Still, I ‘recognize’ you as the judge and you ‘recognize’ me as a lawyer’ This is the connotation of the word ‘recognition” said Kuppusamy Iyer to the judge.

Link to my article in The New Indian Express:


Posted by B.Meenakshi Sundaram at 01:50 No comments: