Quenching the Thirst of a Dead, Pregnant Woman 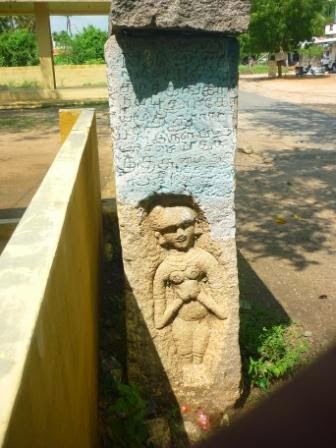 In an age, when people are caught in the rat race, they have little time to walk and frequently travel from place to place by motor vehicles. As a result, they soon fall victims to lifestyle diseases like high blood pressure and diabetes. But, just imagine the ones in yesteryear Coimbatore, who traveled even to distant places only on foot, which kept them hale and hearty.

Though it is impossible to discover their past journeys, the district still has a few remnants of history to tell the present generation on how their ancestors walked to distant places carrying things bundled up on the head and shoulders. And one such historical remnant is the Sumaithaangi Kall.

The Sumaithaangi Kall was a platform set up with two large pieces of stone erected vertically and their tops bridged by a horizontal bar. It was set up on the shady roadsides to facilitate the tired travelers rest their burdens on it and relax for a little time between their journeys. Philanthropists, who sought happiness in carrying out several charity works in the society, practised erecting such Sumaithaangi Kalls on the roadsides of Coimbatore.

Nonetheless, it is paining to come across a five and a half- foot tall Sumaithaangi Kall at Naduvacheri near Avinashi, erected in memory of a woman who died in her pregnancy. Ironically, the travelers could have felt pity for her, who died even before resting her ‘pleasant’ burden on the earth.

The monument, which contains the bas relief of the pregnant woman, has an inscription, which reads that it was erected by one Irulappa Nadar from Karukan kattupudur in 1936. It informs that he had also set up a Thanneer Panthal (The place where drinking water and buttermilk are given free of charge to passers-by during the hot seasons). The inscription has recorded that Irulappa Nadar also dug up a well near the Sumaithaangi Kall.

While the purpose of erecting the Sumaithaangi Kall was to help travelers rest their burden for a little time during their journeys, the objective behind setting up of a Thanneer Panthal is to quench the thirst of not only the travelers, but even the  dead!

Showing the truth in the point, another stone inscription says that a Thanneer Panthal was set up at the spot where the Chozha queen Veeramadhevi bade farewell to her life by jumping into the funeral pyre of her husband, King Rajendra Chola I. The inscription also notes that the Thanneerpanthal was set up to quench the thirst of both the dead king and queen.

Learned from such sources, it seems that the dead, pregnant woman of Naduvacheri could be quenching her thirst from a Thanneer Panthal, whose location is known only to her!

Link to my article in The New Indian Express:http://epaper.newindianexpress.com/c/4053631

Posted by B.Meenakshi Sundaram at 02:13 2 comments: