As many hardly know that the 'formal' terms, which stand for place names like Coimbatore, Trichy, Ooty and so on, lost their interesting etymologies due to their mispronunciation by the English people when Tamil Nadu came under their rule. With Kovan Puthur becoming 'Coimbatore' and Thiruchirapalli becoming 'Trichnopoly' the name of a Toda hamlet Othakkalmandu on the Nilgris too got corrupted to Ootachamund. Worse still, it is a great pity that a new, meaningless Tamil word 'Udhagamandalam' emerged from the corrupted English expression 'Ootachamund' and further it was pointlessly shortened to Ooty in English and Udhagai in Tamil. Also, with Todabet meaning the tall mountain of the Todas, the English mispronounced it as 'Dottabet', which has again corrupted to Dottabetta !
Despite Ooty being their nearest picnic spot for Coimbatoreans today, long ago, they considered the enchanting Nilgiris as abodes of God and places of great mystery. With heir heights inaccessible to mortals, the people of Coimbatore had long believed that ascending them would be a sacrilege and whoever that attempted to do so would be doomed to death.
And just think of what these god-fearing, superstitious people would have done about two centuries ago, when a few British officers declared their proposed ascension to the hills. Particularly, the poor residents of Mettupalayam at the foot of the Nilgiris, staged a hunger strike protesting the decision of the British. Going a step further, the Brahmins of Mettupalayam even tonsured their wives' heads as a symbol of mourning, since they felt that the irreverent act of the British officers was sure to bring a social disaster. The Brahmins also read aloud conjurations and chanted mantras to send the English to 'Narak' (hell) condemning their blasphemous intentions to intrude into the Gods' abode.
Though the two curious British surveyors Ki

ndersley and Whish were the first people from the plains to set foot on the Nilgiris through an indescribable dangerous expedition, John Sullivan, the Collector of Coimbatore, later took a well-planned journey to the hills in January 1819.

With their discovery of Oththakkalmundu in the Nilgiris, the British did not fail to trace the etymology of the place name. As they came across a great number of sepulchers on the hill, they assumed that the place could have got its name as Oththakkalmundu with 'Oththakkal' indicating the single, large unhewn stones used to construct the sepulcher and 'Mundu' meaning a tribal Toda hamlet. Moreover, their unearthing of tools made of iron and bronze from the sepulchers, predated the history of the place with the possible existence of another ancient race there. Supporting the hypothesis, the Todas too disclosed to the British officers that the sepulchers had been there since time immemorial from the days of their ancestors.


Compiled by: B. Meenakshi Sundaram


Source : The People of Blue Mountains – By H.P. Blavatsky

Link to my article in The New Indian Express: http://epaper.newindianexpress.com/c/2575812
Posted by B.Meenakshi Sundaram at 01:06 No comments: 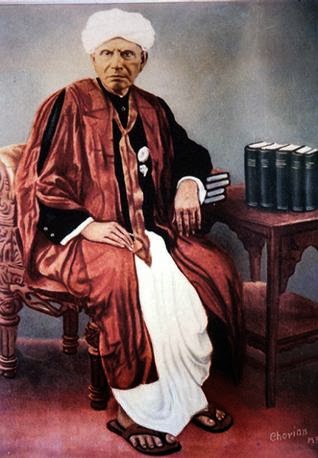 U. V. Swaminatha Iyer, who is affectionately called as 'Thamizh Thatha' or 'U.Ve.Sa' , for his mission in rescuing hundreds of palm leaf manuscripts from the marauding hungry termites and publishing them into books, was remembered across the state on his 160th birth anniversary on February 19.

The history of Tamil literature, would have missed much of its ancient literature, had the erudite Tamil scholar not discovered them from palm leaf manuscripts and published them into books.

The people of Kongu region too are grateful to U.Ve.Sa, as the first of all the palm leaf manuscripts published by him was Seevaka Cinthamani, which is one of the five great Tamil epics, penned by the Jain monk Thiruthakka Thevar, who lived at Peruvanchi ( Now Dharapuram) in the Kongu region in 9th century A.D.

When U.Ve.Sa. came across the manuscript of Seevaka Cinthamani for the first time from Tamil scholar Salem Ramasamy Mudhaliar at Kumbakonam, it ignited his flair to publish the work into a book. However, he had great difficulties in comprehending the literature, as it was written based on Jain doctrines and beliefs. Hence, he had to consult various Jain scholars including Chandranatha Chettiyar, Samuthira Vijayam Chettiyar and Gunabala Chettiyar of
Kumbakonam.

Moreover, Perunkathai, the first translation work in the history of Tamil literature authored by another Jain scholar Konguvelir, saw its book form only by the efforts taken by U.Ve.Sa. Konguvelir wrote the work based on Ganga king Dhurvinita's Brihakatha in 7th century A.D when he lived at Vijayamangalam of the then Coimbatore district.

Like today, Coimbatore, was popular with its literary activities even over a hundred years ago with the founding of Kovai Tamil Sangam by scholar Thiruchitrampalam Pillai in 1894. The institution, which trained lovers of literature in composing poetry, writing articles and debating over issues in literature, once invited U.Ve.Saminatha Iyer for a special address. However, the enthusiastic audiences, felt disappointed, as the legendary scholar was suffering from a severe throat ache and could not utter a word louder to the audience.

Since Coimbatore had no facilities like mic and loud speaker those days, the city's Tamil scholar C.S. Chokkalingam Pillai 'delivered' the speech of U.Ve.Sa, as the 'Thamizh Thaatha' whispered into his ears sentence after sentence!

Link to my article in The New Indian Express: http://epaper.newindianexpress.com/c/2486814

Posted by B.Meenakshi Sundaram at 04:18 No comments:

The Deity, Who Lost Her People 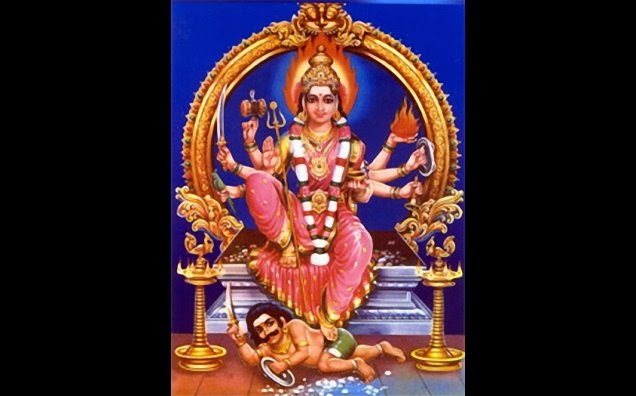 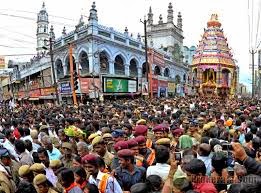 As usual, when the annual car festival of Kovai's sentinel deity 'Sri' Koniamman witnessed the participation of thousands of devotees last week, the Goddess must have been disappointed after She made a vain attempt looking for Her people in the large crowd. It is unsure whether Koniamman was aware that Her people, the Irulas, who are the aborigines of Coimbatore, are now toiling hard at the construction units and brick kilns around the city.

According to Cholan Poorva Pattayam, an available work on the ancient history of Coimbatore, the tribal deity Konamma expressed Her wrath over the Chola king Karikalan's plan of founding a 'new' town by clearing Her woods. However, the book says that Karikalan appeased the tribal deity by promising Her that he would christen the new town or 'Puththur' after Kovan, the chieftain of the aboriginal Irular tribe and continue the tradition of offering Her the triple sacrifice of hen, goat and buffalo. But, later on, the tribal deity was incorporated in the Hindu pantheon as 'The Manifestation of Shakthi'

After clearing the forests, when the land was ready for founding the new town, Karikalan got several check dams built across river Noyyal, set up canals to channel the river water and dug lakes to store it for irrigating agricultural lands and named the new town as 'Kovan Puththur'

The Chola king followed the traditional procedure of choosing office bearers through 'Kuda Olai Murai' an election in which palm leaves containing names of the contestants would be put inside a pot and someone would pick one from the lot. And, the person, whose name was found on it, would be appointed as an office bearer. The selected office bearers were, then allocated different departments including Temple Maintenance, Irrigation, Agriculture, Law and Order and Tax Collection.

As known from the book Cholan Poorva Pattayam, Karikalan selected leaders to govern different groups of people in the new town. He appointed Chola Naattupuracheri Vellalan Pichayappan to govern the community of cultivators, Kavarai Varathappan to supervise the trading community, Vadavaadi Mandraadi to administer the town and Chidhampara Adhikaari Pillai to maintain accounts of the local body. Thus began the first administration of Coimbatore with its earlier name as 'Kovan Puththur'

However, citing the popular quote ' History is written only by victors', tribal historians opine that the Chola king, indeed, killed the innocent Irular chieftain Kovan, drove his descendants into the deep forests and set up a military base here to invade the neighboring Chera dynasty.

Appropriately, implying the annihilation of their ancestors, the present day Irulars believe that the earth had once been destroyed and their deity Konamma wanted to know whether there were any people left. Hence, the Goddess ordered a wild insect called 'Sullaampookke', which creeps by tapping its tail on the ground, to find out the whereabouts of Her people, the Irulars.

Link to my story in The New
Indian Express: http://epaper.newindianexpress.com/c/2538578

Posted by B.Meenakshi Sundaram at 04:10 No comments: