While many of the present day college and university professors take their jobs as a 'repose' for the 'rest' of lifetime after their 'herculean tasks' in obtaining academic research degrees, it is surprising how the distinguished Japanese Tamil scholar and historian, Prof Noboru Karashima, who passed away recently, had dedicated his entire life in researching thousands of stone inscriptions and threw new light on the history of medieval South India. 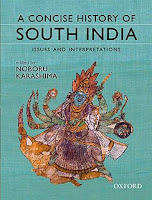 “ Noboru Karashima's first research article on the two kinds of villages the Alloors and Eesaanamangalams, which he penned in 1966, threw new light on the structure of feudalism during the Chola period in 10th and 11th centuries. By deciphering and researching a number of inscriptions, Karashima opined that the people in Alloors, the non-Brahmins, had joint ownership of agricultural lands, while the individuals in Eesaanamangalams, the Brahmin colonies, held the same separately. Because, the Chola kings brought the Brahmins from outside and donated them the Eesaanimangalams. The kings also provided each Brahmin individual a piece of land” informed eminent archeologist Y.Subbarayalu, who had worked with Noboru Karashima for many decades in India and abroad.

Paying tributes to his departed archeology peer in a meeting organized by Thamizhnadu Kalai Ilapkkiya Perumandram in the city recently, Subbarayalu pointed out:

“Karashima was planning to visit Coimbatore in January, 2016 and go to Ooty, his favorite hill station, and from there to Mysore and Chennai to meet his friends. But his wish didn't come true ”

“ The research articles penned by Karashima were scientific. They throw light on the social life, ecology and economic conditions of ancient Tamil Nadu under Cholas. His book A Concise History of South India is a comprehensive work after K.A Nilakanta Sastri's A History of South
India”

Explaining the educational system in Japan during the student days of Karashima, Subbarayalu noted that the country excelled in all fields as her people studied all sciences only through their mother tongue.

“ Karashima earlier penned his research articles even on the history of Tamil Nadu only in Japanese. Nevertheless, for the first time, he presented a research paper in English only at the First World Tamil Conference, held in Kuala Lumpur in 1966” said Subbarayalu.

“I received Karashima's email on October 18 regarding a symposium to be held in Japan. But I never imagined that would be his last communication to me. I later learned that he was hospitalized for about a month and breathed his last on November 26”

Link to my article in The New Indian Express: http://epaper.newindianexpress.com/c/7551793

Posted by B.Meenakshi Sundaram at 22:40 No comments: