Crying Out Loud for the Silent Victims of Injustice 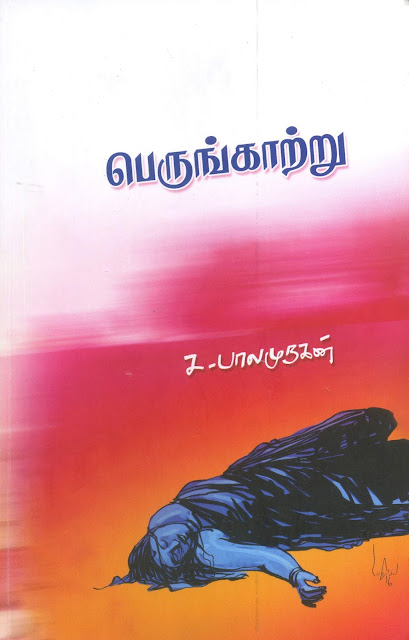 Have you ever met the legendary Kannagi, who furiously burnt Madurai avenging her husband's unjust execution for a crime that he had not committed? But, Smith, an English surveyor, who later visited the parts of the southern district on an official assignment, met the woman in the woods ! She was nude, had large eyes and seen sitting near a cascade, heaving her hot sighs after weeping aloud for ages. The frightened Englishman, despite leaving the country, says that the woman haunts her wherever he moves on.

On reintroducing such victims of injustice in 'Perungaatru' (Gale), his latest fiction, a book of short stories, Balamurugan, a city-based writer, lawyer and human rights activist, says:

“ The contexts and characters in my short stories, are the ones I have come across in my life. Being indelible in my memories, they urge me to depict their miserable lives in my fiction”

The author informs he discovered in his own short stories that women being prominent of all his characters, as he read his writings again after they came out in a book form.

On one such character, Balamurugan writes:

“ At the end of a short story, I am sure the character Valli was raped and murdered. But, don't ask me who killed her, since you and I too have taken part in that gruesome act ”

Such a blame of Balamurugan is just a hint at the people, who turn a Nelson's eye to any unjust act in a society known for its social and economic discrimination.

For the people, who love reading literature for pleasure, Balamurugan's characters could be strange, since they were silent victims of several political and social issues across the country. And by introducing them to the modern readers, the author has thrown light on how members of the marginalized section become prey to the powerful.

Oru Kadal Iru Karaikal ( One sea and two shores), a short story in his book, takes a reader to the world of Sri Lankan Tamil refugees, who suffer untold hardships in their camps.

“ A person's pain of pains is his survival as a refugee in a foreign land. As part of the fact-finding team of PUCL a few years ago, when I visited the Mandapam camp for Sri Lankan Tamil refugees, I stumbled upon a woman who had a paralysis. I was shocked to hear that she abstained even from drinking water and eating food to prevent herself from urinating and defecating, since she was totally dependent on others even for answering nature's call. And the woman is the one, whom you meet as 'Malar' in Oru Kadal Iru Karaikal” informs Balamurugan

In the short story Inge Sorgam Thuvangukirathu ( Here begins the heaven), Balamurugan narrates the incident of a Kashmiri man, who goes 'missing' one day, and portrays the abuse meted out to the man's aged mother and his wife. The two women seek the help of an association of parents, who similarly 'lost' their children in Kashmir. With certain human rights activists too coming forward to help them, some army men trespass their house, abuse the two women physically and warn them not to have any contacts with the human rights activists.

“ The Kashmiri old woman's lullaby to her little grandson merged in the murmur of river Jhelum, fell on the mountain tops and spread everywhere. And her 'lost' son could have heard it from somewhere in that cold night” Balamurugan ends the short story.

Link to my article in The New Indian Express:http://epaper.newindianexpress.com/c/12117250

Posted by B.Meenakshi Sundaram at 00:31