The veteran folk theatre artiste, Gurunatha Vathiyar from Kattuvalavu in Edapadi near Salem in the Kongu region, was a man of self respect. Once, Karuppu Chettiar, a caste Hindu and rich man of the village, could not bear the scene of a Dalit Mrithangam artiste and flute player sitting on the chair. He burst out abusing them by name of their caste.

“ You, men from the low caste !, how dare you are sitting on the  chair”

The rich man’s outcry woke up Gurunatha Vathiyar from sleep. He told the touch-me-not thus:

“ Being rich and provider of food to the poor, you may be respected as a God. You may even be revered as a ‘king’ to the surrounding eighteen villages. It may be true that the temple car of your village will not move a step without your ‘divine’ touch. But, what do you know about the art form Kooththu ? ” 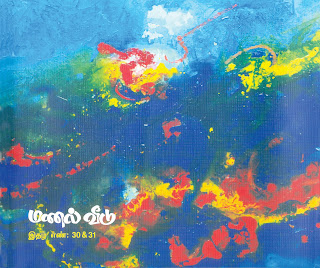 A chapter in the special issue of the Tamil magazine Manal Veedu, admires thus the self respect of this veteran folk theatre artiste, who recently passed away at the ripe old age of 90.

“ I met Gurunatha Vathiyar for the first time when I was a 14 year-old boy at the village Madhanaickenpatti. I observed the great folk artiste hold the audience spellbound by his astounding performance by donning the character of ‘Athiveera Vanniyan’ in the folk theatre ‘Vanniyan Pirappu’ “ says                  M. Harikrishnan, editor of the magazine Manal Veedu and director of Kalari Heritage and Charitable Trust. 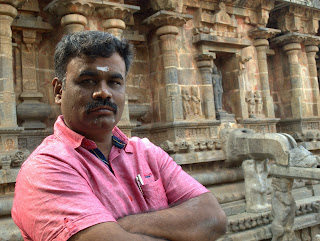 It may be noted that Harikrishnan was the pioneer to initiate the mission of rescuing the folk art forms like Therukoothu and Tholpavai from extinction. A technician by profession in his village Erwadi after Salem, Hari interviewed numerous veterans in the traditional art forms and brought them to light by regularly publishing their interviews in Manal Veedu, which he has been editing since 2007. Besides, he and his friend Dhanapal have compiled the interviews and brought them into an exclusive book on the title Arunkoothu.

“ Gurunatha Vathiyar was an agriculturist, but a veteran with exceptional performing skills in folk theatre. For the first time, when he watched a Kooththu staged by another folk theatre veteran Selavadai Konnavayan at the Dadhapuram Karattu Perumal Koyil, Gurunathan felt a Kooththu artiste in him too. From then on, he became an ardent lover of  folk theatre and enjoyed watching it wherever it was held. Finally, his zeal for the performing art bore fruit, and for the first time, he donned the role of Arjuna in the folk theatre ‘Thropathai Thuyil” informs Hari.

“ Gurunatha Vathiyar, who developed the mythology of Vanniya Puranam to perform it in the folk theatre, was thorough in rendering his dialogues and fluent in dancing. Do you know the duration of Vanniya Puranam?. Believe it or not, it is staged as series for seven whole nights! “ sums up Hari.

Link to my article in The New Indian Express http://epaper.newindianexpress.com/c/23998574
Posted by B.Meenakshi Sundaram at 03:24