A Tea Master, Who Brews Haikus 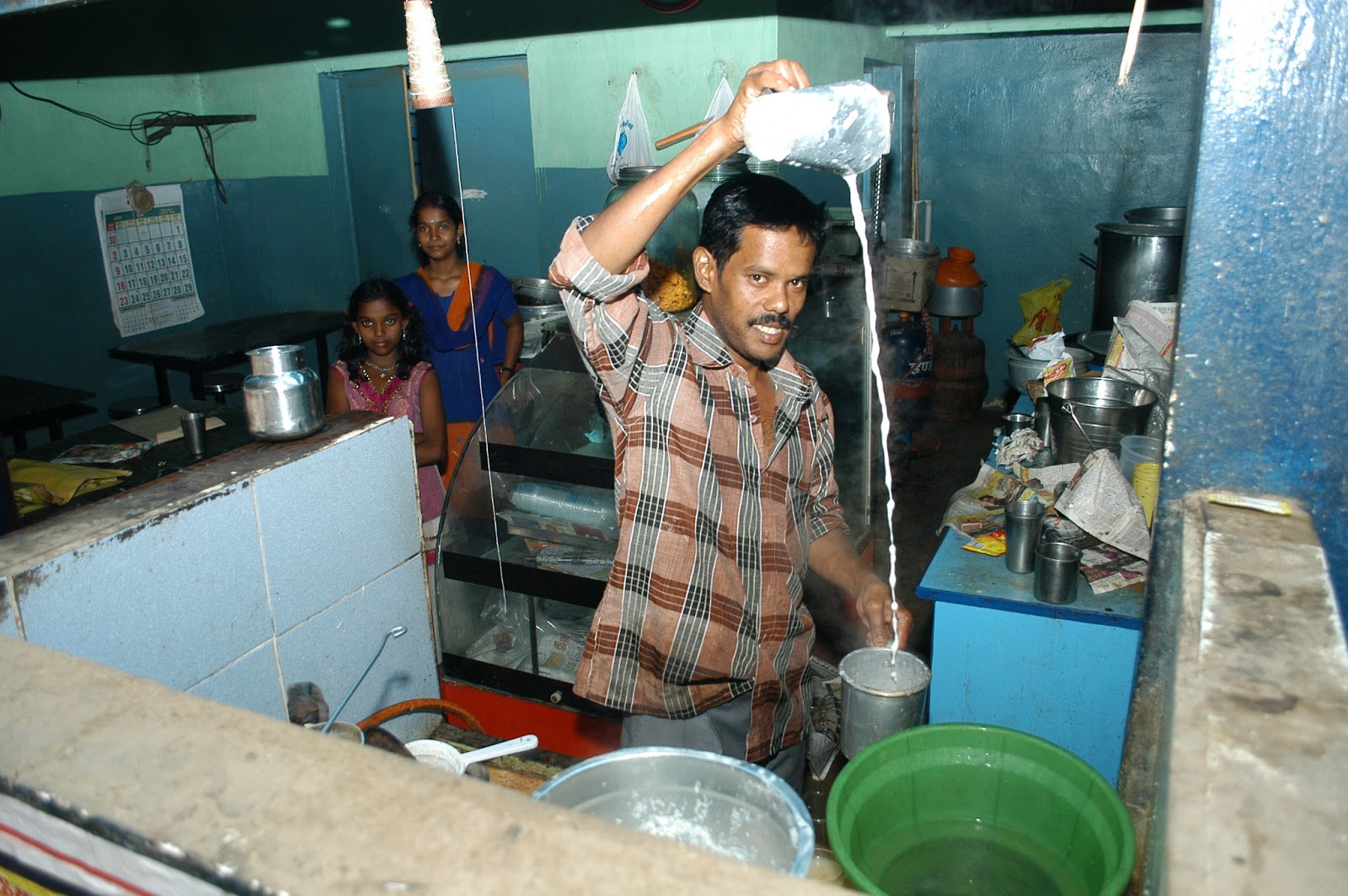 A Glass of Tea with Tasty Haikus

Inside thatched huts
The Poor live…
At ‘Selva’puram – N. Muthu

Customers browsing through news paper while sipping tea from glass tumblers is not an uncommon sight at the road side tea stalls in Coimbatore. But, is it possible at any tea stall to sip the hot beverage, supplemented by beautiful haiku Tamil poems?  Yes it is… when you have tea at the stall run by Tamil poet N. Muthu in Ponni Nagar near Papanaickenpalayam.

“I love to share my poems with the customers visiting my tea stall, if they are interested to listen to me” says the 34 year old Muthu, who is an author of two books of poems Edai Kuraivaai and Irukku.

Muthu, who appeared in the Kaviarangams conducted by literary organizations in the city like Vasantha Vasal Kavi Mandram and Tamil Nadu Murpokku Ezhuthalar Sangam in the mid 1990s, used to receive rapturous applause from the audience, as he read out his sharp haiku poems lampooning the follies in politics and society.

“I observed the paradoxes even in common things we come across in life. This interested me to write funny short poems on them” recalls Muthu.

Born to
The staff of ration shop …
An under weight baby

Muthu parodies a staff of a ration shop on his practice of distributing commodities in lesser quantities to the consumers in order to hoard much for him.

“I draw inspirations from the ordinary lives of commoners, who experience injustices like caste discrimination, unemployment and poverty” avers Muthu.

Muthu’s poems are rich in symbols. Comparing the bonds of a sheep with the freedom of a butterfly he writes:

Answering a question on his views about writing poetry, Muthu says:

“Poetry is not a craft but a discovery from everyday human life. And, a poet writes the discovery in his language.”

Muthu discloses that he learnt writing poetry while he was an activist in the CPM and a street play actor in the party’s literary wing Tamil Nadu Progressive Writers and Artistes Association.

“I could understand the plight of the people, only after I had taken part in protests and demonstrations against civic issues like poor water supply, lack of drainage facilities and so on in our locality. And I have registered such hardships of the residents in many of my poems” he says.

When asked whether formal academic education is required for writing poetry, Muthu notes:

“Poetry is a creative art and borne out of understanding the society. And, I don’t think academic education has anything to do with it.

On a question about his educational qualification, the poet says:

“I discontinued from school after studying two years in grade VIII, getting detained in the class”.

Link to my article in The New Indian Express:http://epaper.newindianexpress.com/c/1166668
Posted by B.Meenakshi Sundaram at 21:49