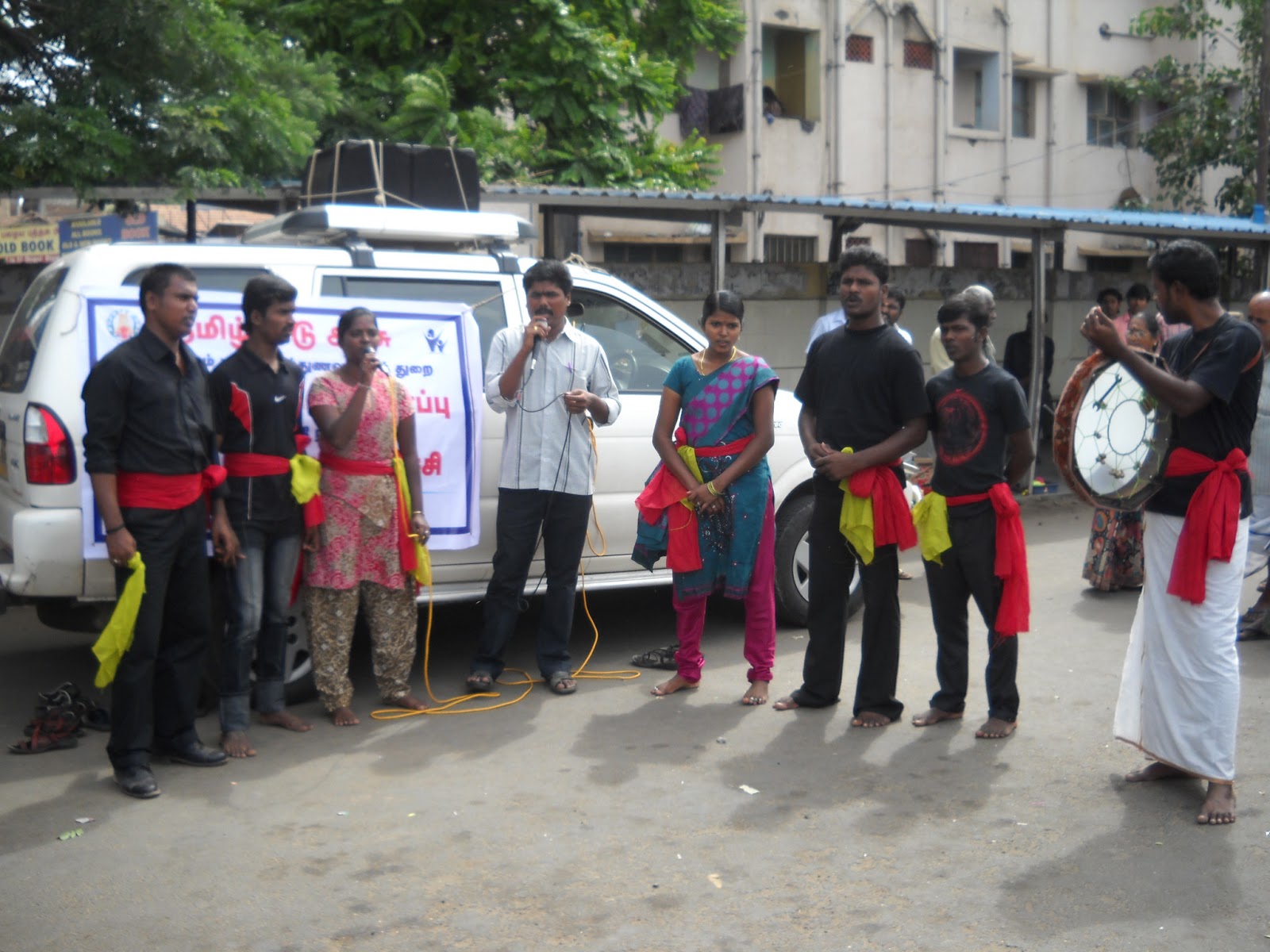 A man is seen hurrying with an empty bucket along the street. Many think that he is heading towards a public tap to fetch water. But, the scene unfolds that he is proceeding to a ration shop, where with commodities like rice and wheat, water is  being sold !.
The scene also portrays incidents of smugglers stealing tanker lorries that transport  ‘PDS water’

In his street play III World War Prabakaran, a 34 year old drama artiste, points out sarcastically how water would be so precious in future.
Heading Vidiyal Veedhi Nadaka Kuzhu, an organization for conducting street plays in the city, Prabakaran says: 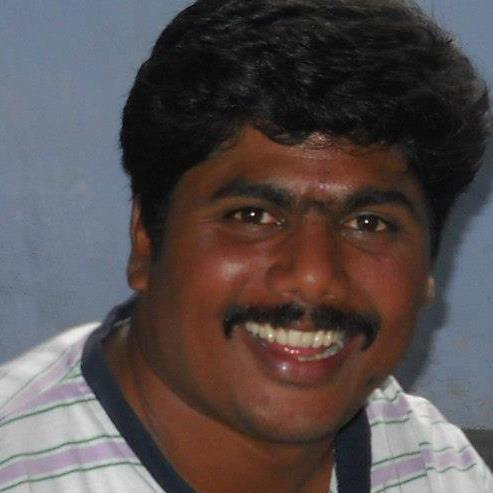 Prabakaran, who is working as a contract staff in the District Water shed Development Agency, spends his weekends with his drama troupe, staging street plays at important spots of the city.

Being also a singer of folk songs, Prabakaran can move a listener to tears by singing his favourite folk number Ethanai Murai Vetkapaduva Engal Akka, on how one’s elder sister is unable to get married due to demands of huge dowry.

“The evil practice of demanding dowry still persists in our society. Dowry, if not in the form of jewels these days, is demanded as valuable consumables, vehicles and immovable properties like plots and houses” rues Prabakaran.

A performing artiste of Tamil folk dance forms, Prabakaran has trained hundreds of college students in the city in Parayattam,Oyilattam  and Kummiyattam..

“When I was a student, I used to sing folk songs on occasions like school annual days, temple festivals and even in funerals” recalls Prabakaran, who hails from Kattapettu, a village near Kotagiri.

Prabakaran informs that he learnt the art of staging street plays at his age of 13 from Suresh Sharma and Francis, who were the students of the famed Indian dramatist Badhal Sircar. He also underwent training in staging street plays under popular Tamil playwright Professor M. Ramasamy, Department of Dramas, Tamil University, Thanjavur.

Born to the parents, who were tea estate labourers in Kotagiri, Prabakaran says that he mostly chooses the issues of the working class as themes for his street plays. Also, his dramas campaign for the protection of children from sexual abuse.

Differentiating the features of street play from those of cinema, Prabakaran says:

“Cinema, with its commercial goal, draws the masses to the theatre and entertains them for about two hours. But a street play, which is very short, not only delights the spectators but makes them alive to the problems in the society”

Link to my article in The New Indian Express: http://epaper.newindianexpress.com/c/1195550
Posted by B.Meenakshi Sundaram at 02:20