Step on this Stone inscription, Please! 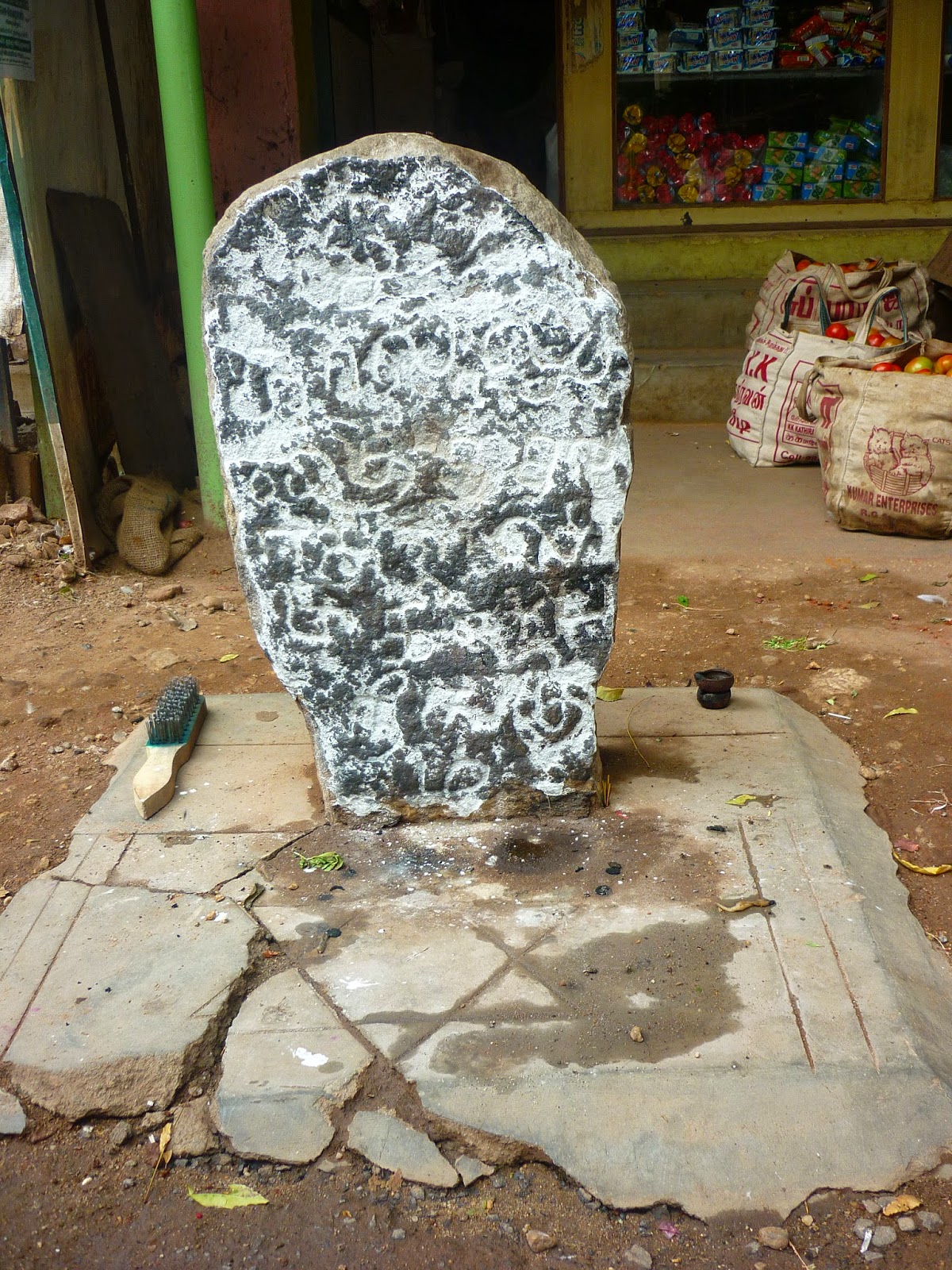 The artistic ability for composing conventional poems filled with wit and pun seems to have been quite common among ancient Tamils, as read from a popular verse in Viveka Cinthamani, an anonymous classical work in Tamil. The poem, which is in the form of a conversation between a Tamil scholar and an indigenous medical practitioner, reminds the belief of the people on a stone inscription found at Saravanampatti in Coimbatore.

The verse in Viveka Cinthamani introduces a Tamil scholar who meets a traditional medical practitioner and seeks his advice on how to take out a Nerunchi thorn (Tribulus terrestris) lodged in his foot. But, with the pride of being a poet, the Tamil scholar expressed his complaint in a complex language, whose superficial reading would differently mean that he was, instead, bitten by a five-headed cobra while heading to the river!

The Tamil scholar said to the medical practitioner thus:

With Mukkaal meaning a staff, Moovirandu, the numeral ‘6’ (Which also means the river as Aaru in Tamil) and Aynthuthalai Naagam, a five-headed cobra (A metaphor for the branches of the thorn in Tribulus terrestris), the Tamil scholar said that the sharp thorns pierced his foot while he was on the way to the river holding his staff.

Nonetheless, the medical practitioner, who too was skilled in composing a similar poem, suggested:

But, with the wife of Vaali’s name being ‘Thaarai’, what the native medical practitioner suggested through the phrase ‘Kaal Vaanki’, is just to shorten the long sound ‘Thaa’ in her name into ‘Tha’, Then the word would read ‘Tharai’ meaning earth and not ‘Thaarai’ signifying Vaali’s wife.

Interestingly, in the complex poem, the native medical practitioner just advised the Tamil scholar to rub his foot on earth to get the thorn removed!

Reminding this interesting anecdote, a stone inscription found at Saravanampatti reads that one would get a cure from illness, if the person places his or her leg on the epigraph and meditate for a little time. An oral tradition in Saravanampatti maintains that the epigraph was erected by an indigenous medical practitioner, who provided cure to several diseases to the people of Saravanampatti in the bygone era.

Link to my article in The New Indian Express: http://epaper.newindianexpress.com/c/3900480

Posted by B.Meenakshi Sundaram at 20:52