His Wings Disliked to Carry a Crown 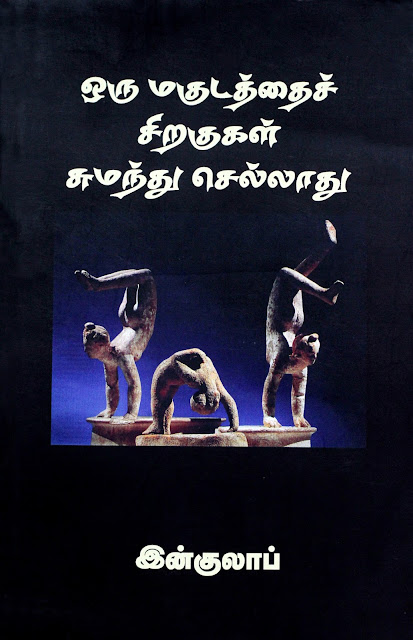 As tonic of encouragement, instead of showing the mirage to a thirsty traveler, it is better to make him behold a desert, for at least there, he can come across an oasis. It is from this principle, rose the poetry of Inquilab – a popular modern Tamil poet, who passed away last year.

“ By digging deep at least in the desert, you can discover a spring. But, it is futile to chase the mirage in the belief that it contains water ” says Inquilab in his book Oru Magudaththai Sirakukal Sumandhu Sellaathu, ( Wings do not carry a crown), which was his interview to the All India Radio, Coimbatore.

K.Stalin, former assistant director of All India Radio, Coimbatore, and an author of a number of books, profiled the poet once and has recently brought out the interview as a book.

“ Since I felt that Inquilab 's opinions on Tamil society, its history and literature should not be gone with the wind, I have documented it as a book” says Stalin.

In his radio interview, Inquilab says that he could see through pieces of classical Tamil literature how life was in an undemocratic world. At the same time, he also came across the literary characters, who dared questioning even the king's absolute power.

“ In the great Tamil epic Cilapathikaram, the heroine Kannagi, a rich woman-turned commoner, questioned the Pandya king Nedunchezhian in Madurai for his unjust act of killing her innocent husband. Such a question by a woman stands testimony to an individual's voice against injustice even in the days of monarchy “ notes Inquilab . 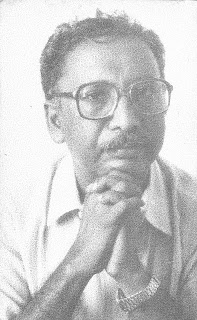 Affectionately called as ' Makkal Pavalar ' ( People's poet ) for his poems written from a subaltern perspective, Inquilab says that classical Tamil literature has stood as a mirror to reflect the continuing class struggle , in which the mighty overthrows the weak.

“ At the end of Sangam age, the greedy kings of the three major dynasties – Cheras, Cholas and Pandyas laid siege to the fortified Parambunadu, a region ruled by the Tamil chieftain Pari, who is known as the last of the seven great patrons. The chieftain was finally killed by a treachery and his territory captured, Histories say that Pari was defeated, but I see the chieftain’s death as his victory over the mighty kings, for he did not yield to their pressure. Being the chieftain to the tribal community of the mountainous Parambunadu, Pari is praised for his munificence, as poet Kapilar sang paeans on him in Purananuru, a Sangam period work” details Inquilab .

Writers from the 'serious' Tamil literary world criticized Inquilab 's poems to the extent of calling them as ' communist posters', for he wrote verses from a subaltern perspective.

It may be noted that Inquilab returned the Tamil Nadu government's Kalaimamani award in 2006, citing the government's failure in protecting the Sri Lankan Tamils.


“I am a bird with a flair for flying. In the name of an award, I don't want to carry a crown on my wings” says Inquilab

The book is a document of the late Tamil poet Inquilab 's interview to the All India Radio, Coimbatore. In a chat with K.Stalin, who was the programme executive then, Inquilab shares his views on classical Tamil literature, history and modern poetry. A poet, playwright, columnist and social activist, Inquilab says if circumstances prevented him from standing by the side of justice in a social issue, he always shook off the former and stood by the latter.

Link to the article in The New Indian Express : http://epaper.newindianexpress.com/c/19354706
Posted by B.Meenakshi Sundaram at 08:45