Lending Ears to the Ancient Bards of Kongunadu 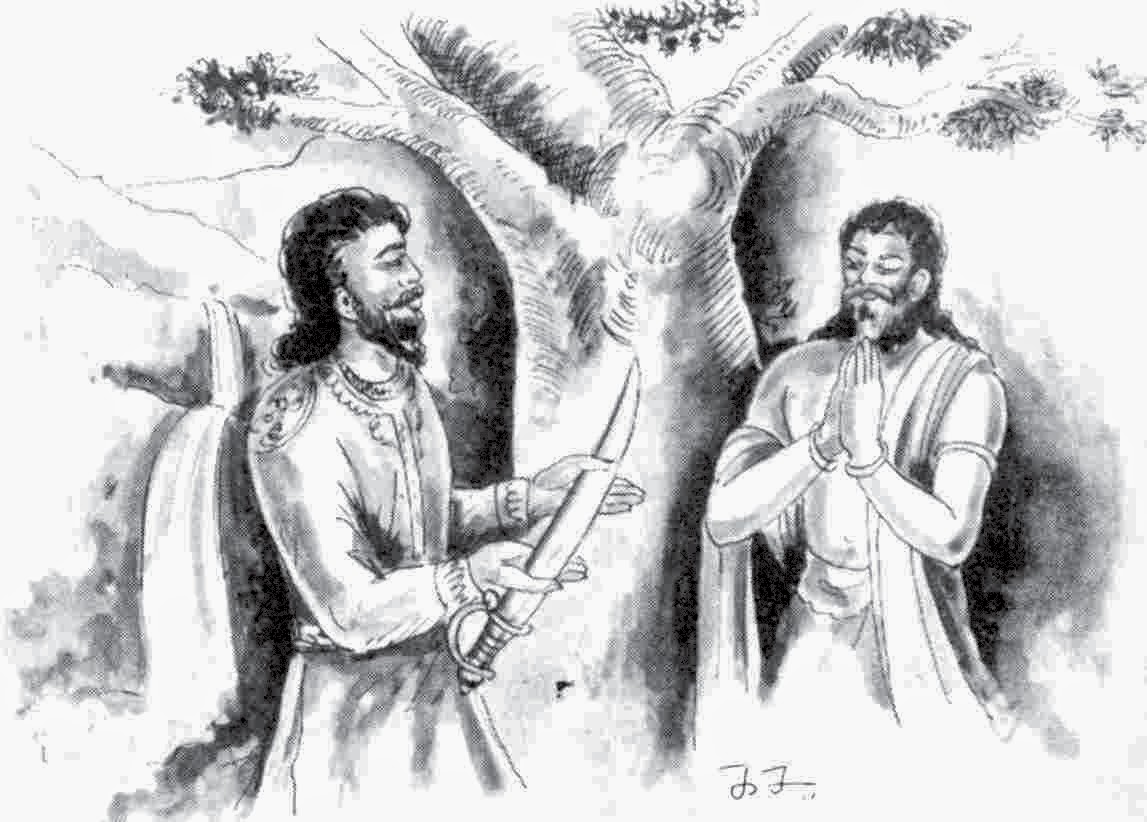 Like all other poets of the Tamil Sangam age, the ones from the Kongu region too lived in abject poverty and traveled from place to place to seek gifts from various chieftains and kings singing in praise of their valour and philanthropy. However, the bards held their self-respect higher than anything in their lives.
Perunthalai Saathanar, a poet, who is said to have lived at Perunthalayoor near today's Gobichettipalayam in the present Erode district, was a scholar of great fame that he praised even a king who presented few gifts to him. When Moovan, a chieftain of a seashore country failed to present him any gifts, the poet wholeheartedly wished him thus in the 209th song of Puranaanuru, a Sangam period work.

Like a hungry bird that wandered high in the sky
And finding no fruits
In a tree, I am leaving now
Oh ! the king of seashores
May you live long without diseases

Nevertheless, plenty of other kings patronized Perunthalai Saathanaar and presented him valuable gifts. Once the poet had met Kumananan, a Kongu chieftain and popular philanthropist in a forest after his younger brother Elankumanan usurped his throne and sent him into exile. The helpless Kumananan, who did not want the great poet to return home empty-handed, gave his sword and asked him to cut off his head. He told him to do so, for the poet could get at least the reward, which Kumanan carried on his head.

Like Perunthalai Saathanar, plenty of other poets, who lived in the Kongu region, enriched Tamil literature by their valuable contributions.

Interestingly, a woman poet of the Kongu region, had a curious name Anjiathai Mahal Nagayaar, which literally means 'Nagai, the daughter of king Adhiyan's aunt' The 352nd song penned by her in Agananuru describes the picturesque scene of a Kurinji landscape ( Mountainous region), where a monkey stands near a cascade hugging tightly a jack fruit, while a peacock dances in front of it.

Another woman poet of the Kongu region, also had an eccentric name Pey Mahal Elaveyini, which literally means in the contemporary sense as ' Elaveyini, the daughter of Ghost !' However, the words Pey and Bootham, which mean the evil spirits today, were once the names of deities in the Sangam era ! The 11th song penned by the poetess, praises the Chera king Paalai Paadiya Perunkadunko and registers the name of the present day river Amarawathy as Porunai.
While the poets sang in praise of kings, sometimes the kings themselves were poets in Kongunadu. Karuvur Cheraman Saathan, Paalai Paadiya Perunkadunko, Marutham Paadiya Elankadunko and Kanaikaal Irumporai were kings as well as poets.

Link to my article in The New Indian Express: http://epaper.newindianexpress.com/c/3050825
Posted by B.Meenakshi Sundaram at 05:49