A Writer with a Social Cause 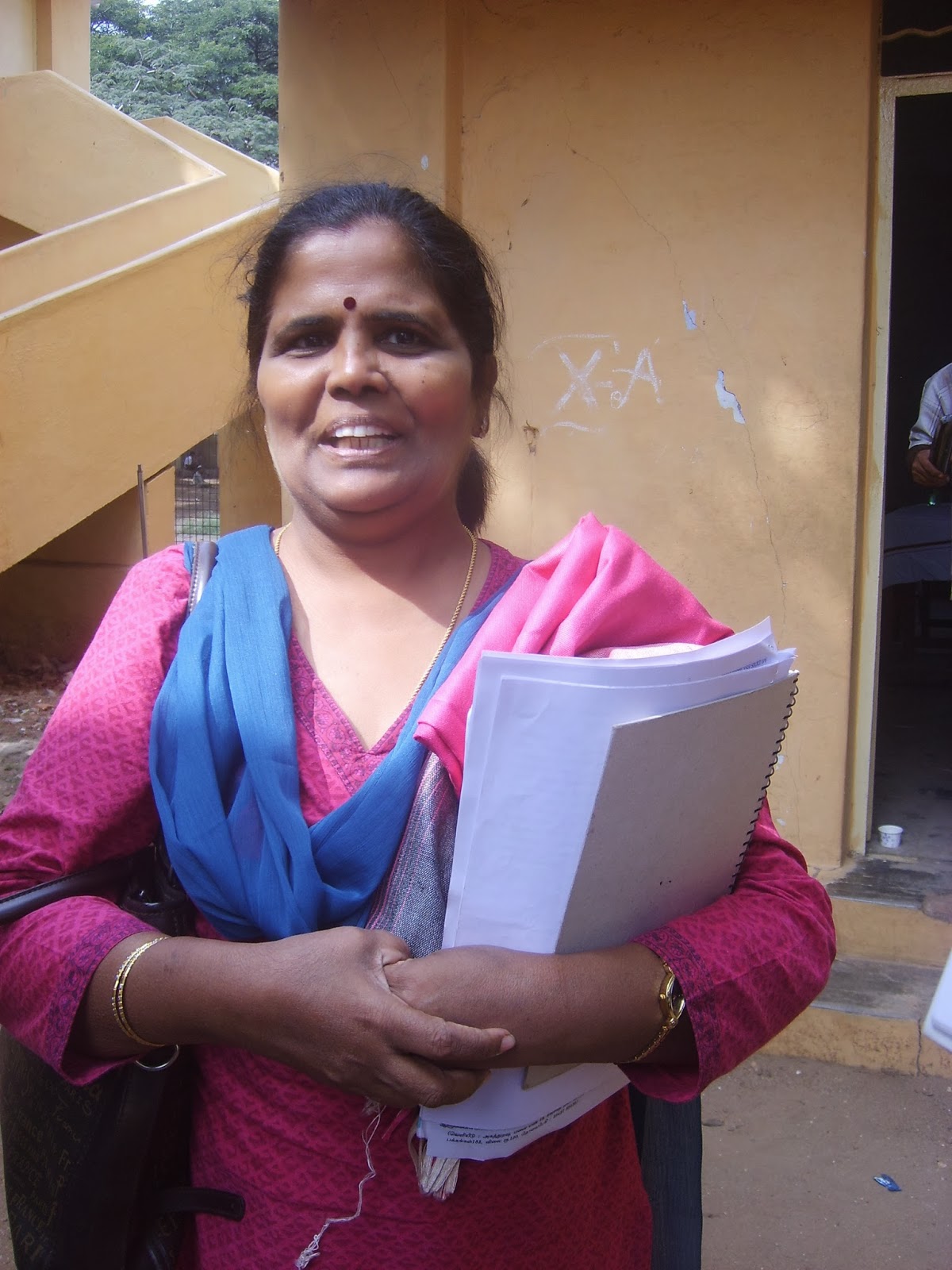 Mumbai –based Tamil writer Puthiya Maadhavi, knows how the political system of India has got corrupted these days. But, recalling the honest political career of yesteryear leaders like D.M.K founder C.N.Annadurai, she informs that political parties in the by-gone era worked for the welfare of the state and people.

The 53 year old poet, who was in the city on Sunday to address at the literary organization Kovai Ilakkiya Santhippu, brings to mind the day she glanced C.N. Annadurai:

“As a child seated on the shoulders of my father’s friend, I saw C. N. Annadurai addressing a gathering in Bombay. I remember Anna saying emotionally at the meeting that his Thambis (Younger brothers) were leading hard up lives that they could hardly invite him even for a meal at their homes”

Puthiya Maadhavi informs that her father P.S. Vallinayagam, a bank officer in Bombay, was an ardent follower of Periyar E.V. Ramasamy and C. N. Annadurai. And leaders of the Dravidian movement including Murasoli Maran, Mathiazhagan, A. V. P. Asaithambi, M. G. Ramachandran and C. P. Chitrarasu would visit his home whenever they came to Bombay.

“Our house would be filled with books by Periyar E.V.R and C.N. Annadurai. My father’s day would never begin without browsing through the magazine Dravidanadu, edited by Annadurai “avers Puthiya Maadhavi.

Though Maadhavi was brought up in an atmosphere of Dravidian ideology, she says that she enjoyed reading books by modern writers including La.Sa. Ramamritham and Ku.Pa. Rajagopalan in her college days at Palayamkottai.

Reminding a scene in Ram’s film Kattrathu Tamil, Maadhavi informs that she was discouraged to pursue academic studies in Tamil literature even decades ago.

“My college principal too wondered how I could get a job by studying Tamil. But, taking this as a challenge, I got a placement in HSBC (Hong Kong Shanghai Banking Corporation) in Mumbai, though I quit it later” she says.

An author of around twelve books, Maadhavi says that she could read and write amidst her busy work schedules both at home and office.

Maadhavi says that her works are none but criticisms on contemporary corrupt politics.

“ However, many ‘modern’ writers of these days keep themselves away from addressing political issues and celebrate only their subjective world in their writings” she rues.

Link to my story in The New Indian Express:http://epaper.newindianexpress.com/c/2266128


Posted by B.Meenakshi Sundaram at 10:30