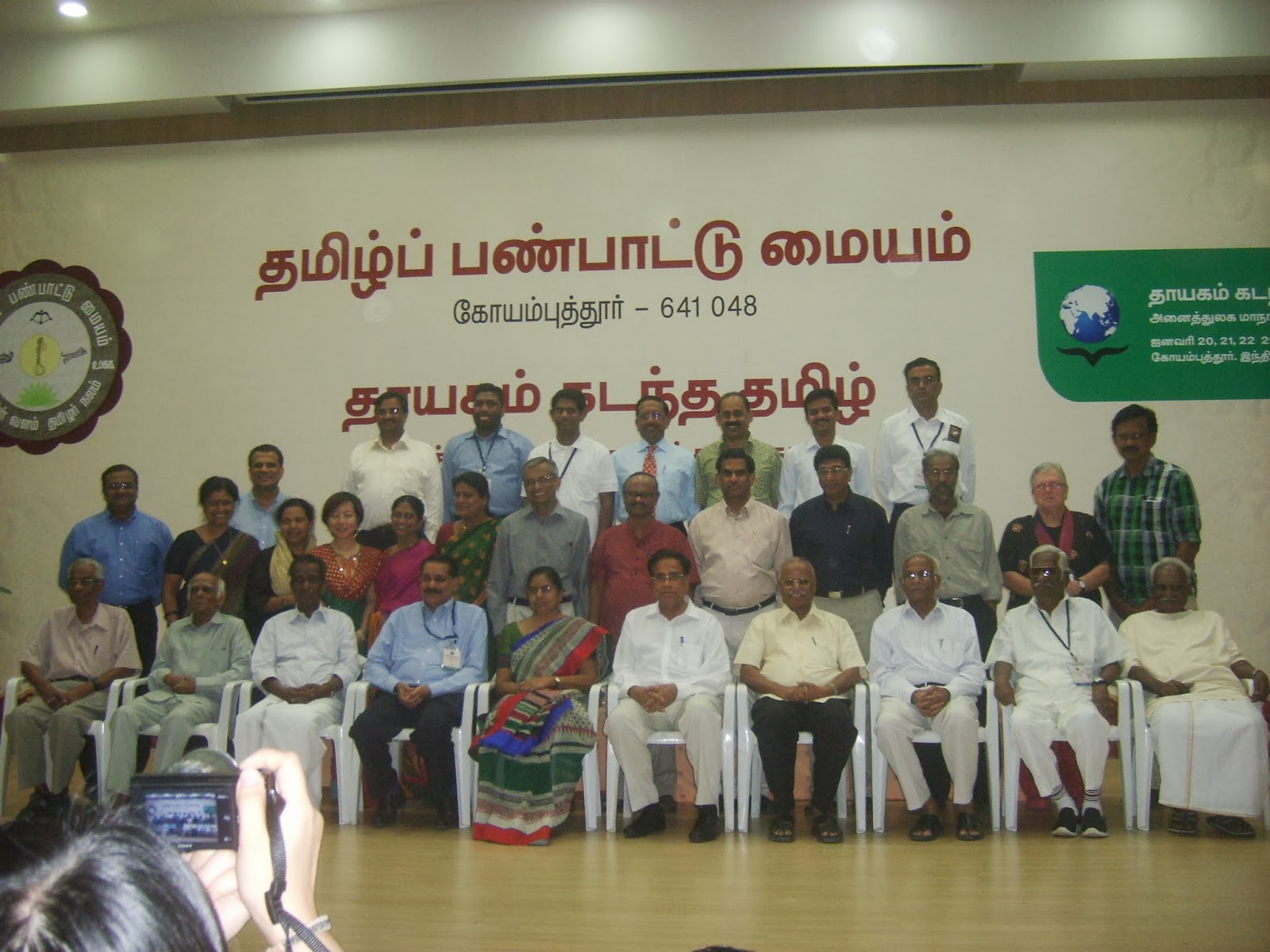 The second and the last day of the International Conference on Tamil Diaspora Literature and Education in the city on Wednesday must have left the Tamil lovers of Coimbatore with a longing to meet again the Tamil scholars, software technologists, journalists, writers and educationists from various countries, who took part in the conference.

“Due to the love I have for my mother tongue Tamil, I just
wanted to do something for the development of the language by establishing The Centre for Tamil Culture with the help of poet Sirpi Balasubramaniam and former Vice-chancellor of Madras University P.K Ponusamy” said Dr. Nalla. G. Palanisamy, founder-chairman of the Centre for Tam
il culture.

Palanisamy also thanked veteran journalist Malan for his valuable efforts in bringing Tamil scholars and technologists from various foreign countries to address in the conference in the city.

“Chinese and Tamil are the oldest languages in the world. After learning Tamil, I felt the language so beautiful ” said Zhao Jiang alias Kalaimagal, Director of the Chinese Radio International’s Tamil Station.

Explaining the various Tamil services rendered by the Chinese Radio International’s Tamil Station, Kalaimagal said to the thunderous applause of the audience, adding the phrase Themathura Thamizhosai ( The honey sweet sound of Tamil) from one of  Mahakavi Subramania Bharathi’s poems.

“Engal Vanoli Themathura Thamizhosai Paravum Vahaiyil Paniyaatrukirathu                  (Our radio station by its programmes broadcast in chaste Tamil, is on the mission of spreading the honey -sweet Tamil to countries across the world”

In her address in the session Tamil Education Abroad, German Tamil scholar Ulrike Niklas, professor of Indology at the University of Cologne in Germany, informed:

“Tamil has been taught in the University of Cologne since 1963 in various branches including classical Tamil, spoken Tamil and contemporary literature. The university library contains around 40,000 Tamil books” added Ulrike Niklas, who obtained her PhD in Muthollayiram, a Sangam period work.

Vetri Selvi from the USA, the founder of California Tamil Academy, which has established schools for teaching Tamil for the children of emigrant Tamil people in various other foreign countries, pointed out:

“The California Tamil Academy, which was started with the strength of 13 students and four teachers in 1998, has now a total of 4000 students and 800 teachers. But these teachers are from various positions like doctors, engineers and accountants and they are the academy’s honorary staff” she added.

Link to my story in The New Indian Express: http://epaper.newindianexpress.com/c/2266068

Posted by B.Meenakshi Sundaram at 06:38