Caught in the Confusion of Colours 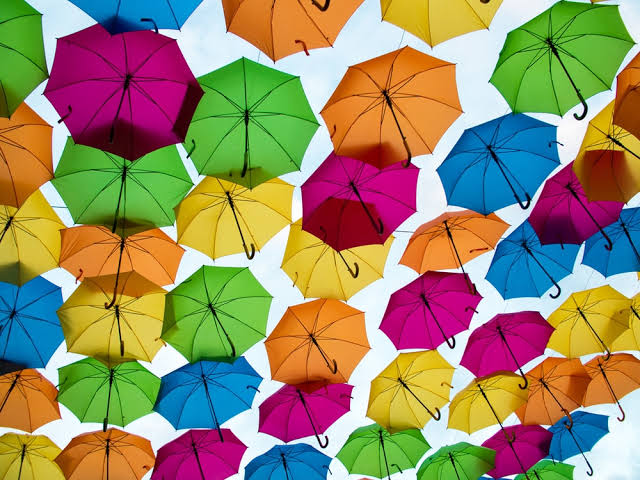 Colours give the world a charming look. The resplendent dawn bathes the earth in red-mixed orange. Within minutes, the vast sky turns blue with soft, white clouds wandering over it. Plants and trees wear green in the spring and turn yellow in the autumn. The withered, fallen yellow leaves give a golden coat to the ground. Flocks of birds with warbles on their completion of a day’s work fly back home in the gloomy yellow dusk. Now a thick black begins to envelop the earth. The evening lights it up with the bright moon and a galaxy of stars, which the famed Urdu poet Faiz Ahmed Faiz described as a ‘spiral staircase’ by which, the night comes down to earth.
Colours deserve great respect for serving as identities to the people of different professions and political parties. However, people often exchange their colours, and sometimes even rob them from each other to their need,
Colours are innocent and do not know their colours. But people who wear them do.
School teachers impose the meanings of colours on the budding learners as white for purity, black for mourning, green for vegetation, red for danger, brown for drought and yellow for auspice. But, these colours are not always the same in colour. In the man-made world, colours play hide and seek by often changing their colours and confuse the participants in the game of discovering black in the white, white in the black, green in the brown, saffron in the black and black in the yellow. Researchers, who attempt to unmask such fake colours and reveal the real colours to the world are even gunned down, as they are ‘dangerously red’ to the society.
In the European left world, red stands against class differences and represents an egalitarian society. In Kerala, the same bright red has to dim itself a little in front of the black-clad male devotees of Lord Ayyappa. 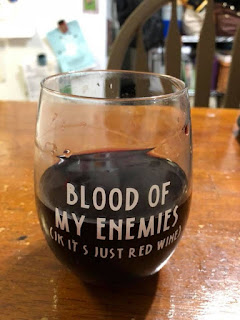 The Dravidian movement displays its flag of black with a red round in its middle. The red round hints at the struggle of socialism against the black, which symbolises superstitions, caste discriminations and other social evils.   .
But the black robe worn by lawyers and judges gives them a sense of power as upholders of rights and justice. The innocence, goodness and purity of a common man, who hopes only in the justice, ought to be represented by the tidy white in a lawyer’s shirt. The legal practitioner’s white neck-band hints at its history from the two rectangular tablets used by Moses for inscribing the Ten Commandments, which, according to Christians, is the first example of a uniform coded law.
But the black is often worried about an unnatural colour, which steals into the dark rooms of the black, turns black all of a sudden and greedily gulps down the life-giving ‘red wine’.
The next morning, a school child memorises the popular dramatic monologue The Patriot by Robert Browning
“It was roses and roses all the way…”

Link to my article https://simplicity.in/articledetail.php?aid=1059&fbclid=IwAR3fBTB9lOuPZhtKZVQUveYa6XHG_pXeTBotATfXdckmhTuoHaw8iIupNro
Posted by B.Meenakshi Sundaram at 09:32