The Writers of Verse and Vendors of Tamil 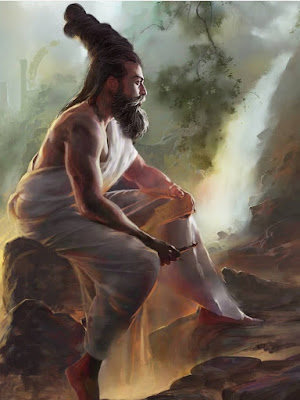 In the wedding parties of Coimbatore, enjoying a concert or an instrumental programme is not something uncommon. In the digital era, there are a number of service providers, who would arrange such shows of entertainments if contacted. But, around three decades ago, when quality Tamil poetry was let loose to be recited as Pudhukavithai (Free verse) in Kaviarangams (Poetry reading sessions) and comedy shows conducted in the name of Pattimandrams (Debates), there was a man, who claimed himself as a poet and orator.  Like a service provider for a Nadaswaram – Tavil programme for a wedding party, he distributed even his visiting cards, which mentioned his name with the ‘poet ‘tag’ and a line below it informing that he would ‘arrange’ Kaviarangams and Pattimandrams. This curious act of the man in the then literary world of Coimbatore annoyed some serious writers, who commented on him asking “Is he a poet or a broker?”  But in reality, such ‘poets cum brokers’ still exist on earth.
Before the advent of social networks like Facebook, WhatsApp and Blog, a city-based Tamil poet, who hailed from a poverty-stricken family, was writing verses just out of his passion for Tamil literature. With his exceptional talents in composing both traditional and modern Tamil poetry, he had a wish to share the dais with ‘eminent’ litterateurs and read out his beautiful verses in a Kaviarangam. Nevertheless, the poet was at the mercy of one such ‘poet cum broker’, who would recommend only his yes-men to take part in the literary events.  This middle man of the literary world created even a profession for himself by swindling much money out of the sponsorship. The ‘poet cum broker’ threw meager sums as ‘honorariums’ at his puppets.
But the ardent poet cherished a long time dream of participating in the Coimbatore’s popular literary festival ‘Kamban Vizha’. As any Coimbatorean knows, the gala literary fest would be filled with sessions of discussions, debates and poetic tributes on the great Tamil poet Kamban.. With the audience of the festival being mostly the well off, the poor poet longed to win their hearts. By doing so, he believed that he could carve a niche for himself in the Tamil literary world.  At last, his participation in the Kamban Vizha Kaviarangam was a dream come true.  But the price he paid for the opportunity was his ‘yes-man service’ to the ‘poet cum broker’.
Though many innocent poets in the past and present failed to discover the commodity value of the concepts in Tamil literature, the ‘poets cum brokers’ did it. They sell the concepts from the eternal works as Thirukkural and Sangam literature by quoting them in their speeches delivered for lucrative remunerations.  Such sellers of Tamil are sometimes conferred upon ‘honorary doctorates’ by certain renowned universities, whose addresses can hardly be found even by Google!
The small- scale sellers of Tamil are open about their venture and earnings.  May the classical Tamil language pardon them for their honesty! But there are some, who attempt to sell even the land of Tamils, and that too using the philosopher –poet Thiruvalluvar.
Eminent linguist Devaneya Pavanar, who traced the history of Thiruvalluvar, says that the philosopher-poet must be a wise man with astounding knowledge of Astronomy. As the expression ‘Valluvan’ drops a hint to Pavanar, the linguist says that Thiruvalluvar must have been in the profession of writing almanacs and horoscopes.
Like Thiruvalluvar, Sangam age poet Kaniyan Poongundranar too, who is famed for his line ‘Yaadhum Oore Yaavarum Kelir’ (All towns are ours. Everyone is our kin), must have been a writer of almanacs and horoscopes, as his title ‘Kaniyan’ reveals. Still, he failed to predict the fate of the two minor ‘citizens’, who were killed in police firing during the anti-CAB protests in Guwahati.
B.Meenakshi Sundaram
https://simplicity.in/articledetail.php?aid=1063
Posted by B.Meenakshi Sundaram at 09:56